You are here: Home1 / About Us Profiles2 / Nita Loudon, VHS 1966 Longtime Volunteer 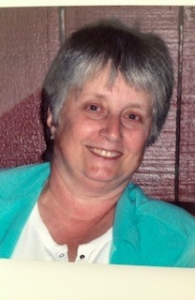 Like most of us Nita only attended Vic High for grades 11 and 12, but she enjoyed those two years very much. While there she sang at the spring prom, noon hour hootenannies and a Yteen church event. She has volunteered over 13 years ago for the alumni board, initially in response to the need for a treasurer, and is now a director on the Alumni board.

After graduating from Vic High, she attended the University of Victoria and received a Bachelor of Science degree in Mathematics. She then continued on to become an Accountant, then a CPA, now retired. She  worked for 35 years for the local health authority and retired as the Regional Revenue Manager for Island Health.

Nita has been on many boards over the years including Big Brothers and Big Sisters of Victoria Capital Region and the Victoria Conservatory of Music. She also spent many years on the local Accounting Board for the CMA’s (now CPA’s).

For over ten years she has arranged get-togethers for her class of 1966 which included their 50th reunion in 2016.  Her class had over 500 grads in it.

After spending many years travelling around the world, she now organizes golf and walks for a group of women.  She also continues to support both Vic high and UVic as an alumna.