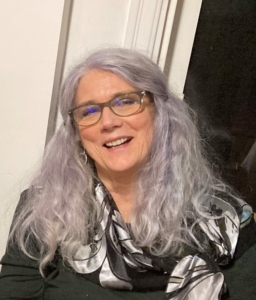 Like they say, when  you need a job done properly, ask a busy person. Fern (Chapman) Johnson has 11 grandchildren, but still makes time to volunteer with the Vic High Alumni, taking on the role of Treasurer in 2021.

Fern earned her CGA designation in 1999, completed an MBA from Laurentian University in 2010, and was admitted as a Chartered Professional Accountant of BC (CPA, CGA) in 2015.  From 1995 to 2003 she was the Controller at Greenlight Power Technologies Inc. in Sidney.

She spent 12 years between 2003 and 2017 working within the UVic organization primarily as the Manager, Finance & Administration with Ocean Networks Canada. This included sitting on the ONC Board and  providing all financial reports to them, as well as reporting to ONC’s funding agencies and UVic.

In addition to her role as an Officer of the Vic High Alumni, Fern currently volunteers as the treasurer of the Greater Victoria Sports Hall of Fame Board, and as the Chairperson for the Sidney Fine Art Show Volunteer Committee.