Once again, it was a wonderful celebration! Click on each inductee’s name below for a video about them, produced again by Anne McKeachie (VHS 1968) and Alan Perry (VHS 1974), along with a beautiful video tribute to today’s Vic High from the 2018 staff and students. Thank you to all who attended and we look forward to the next Black and Gold Dinner in 2020!

Our five Illustrious Alumni honoured at this year’s event were:

Dr. Wallace Chung (VHS 1945), highly respected former Director of Surgery and medical researcher at UBC, best known for the introduction of innovative techniques in stroke surgery and the advancement of vascular surgery as a recognized specialty.

David Anderson (VHS 1955), Member of Parliament under Pierre Trudeau and Jean Chretien and cabinet minister under Chretien, serving as Minister of Fisheries and five years as Minister of Environment.  David also found success as part of the Canadian 8-member rowing team that won a silver medal at the 1959 Pan Am Games and at the 1960 Olympics. He is a member of the Order of Canada.

Carole Sabiston (VHS 1957), a world-renowned fabric artist and Order of BC member. She creates magnificent painted murals, hangings, aerial sculptures and tapestries using multiple layers of netting and fabrics to create translucent passages of shifting lights and shimmering movements of water and air. Her work has been exhibited across Canada and in Europe.

David Day (VHS 1966), internationally acclaimed author. He has written many books on the works of J.R.R. Tolkien, beginning with The Tolkien Bestiary in 1978, and an amazing book on the Lewis Carroll classic, Alice’s Adventures in Wonderland Decoded.

Sam Dunn (VHS 1992), documentary filmmaker. He won a Gemini Award for best writing in a documentary film for Metal: A Headbanger’s Journey that premiered at the Toronto International Film Festival.  His films have been nominated for a Grammy award, and won a Peabody Award and he co-directed and hosted the Metal Evolution TV series that reached #1 on VH1 Classic and MuchMoreMusic. 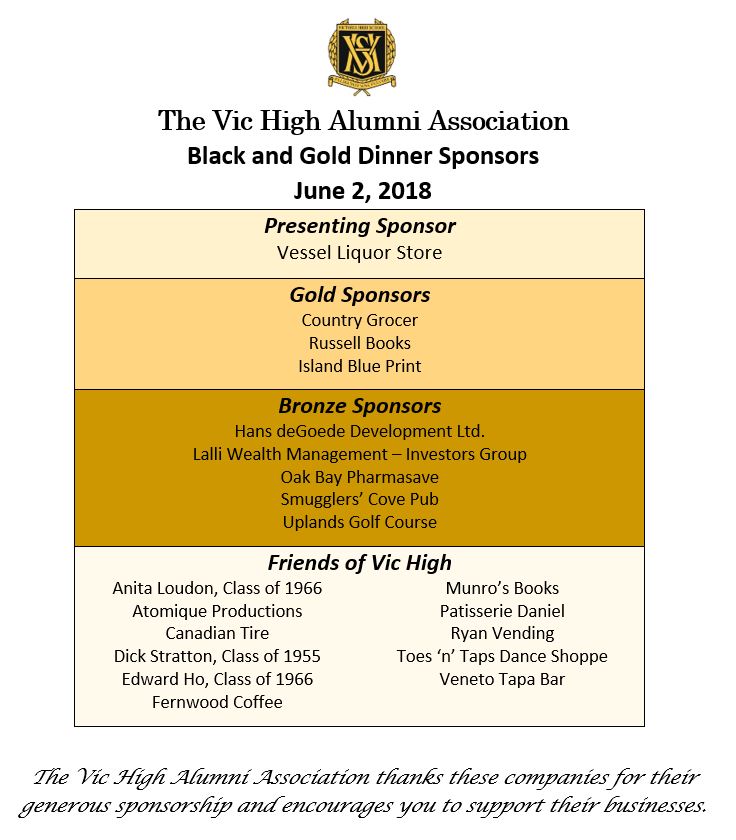