Fairfield-artist Tanya Bub, best known for her work with driftwood and wire, has her paper mache piece, Emily, A Work in Progress, on display in Vic High’s library at the Topaz Campus. “It’s by far my most conceptual piece,” she said of the three figures at a lectern. “It is a momentary glimpse” Tanya said of Emily Carr, who attended Victoria High School for two school years in 1888 and 1889 and has been honoured by the Victoria High School Alumni Association as an Illustrious Alumni.

Tanya, who moved to Victoria 19 years ago from the Washington, D.C. area to be near her mother, said her sculpture looks at how we commemorate historical figures and reflects the politics and culture of the time. “It represents a huge body of work by the (Vic High) students.,” says Tanya. The project, the brainchild of teacher/librarian Wendy Burleson and Tanya, was co-sponsored by the non-profit Vining Street Party Association. She said Laurie Rubins of the VSPA helped her apply for and receive a $3,000 “ideas” grant from the Capital Regional District. Tanya said Wendy’s original idea was to hold a students’ workshop on Emily Carr but COVID-19 wiped out that plan.

The artwork began when Wendy asked students to write about Emily Carr from different perspectives and share it all with Tanya to assimilate before beginning on her paper mache piece. Ironically, Tanya attended what was then Emily Carr School of Fine Arts (now Emily Carr University of Art & Design) in Vancouver from 1989 to 1992. She graduated from McGill University in Montreal with a philosophy degree but had been working with a partner in a computer programming business for about 20 year. However her involvement in the business has declined to about five per cent so that she can devote more time to her art. 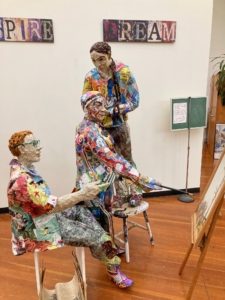 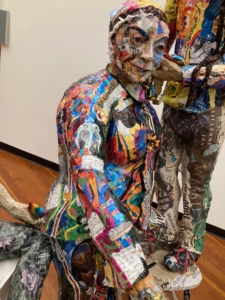 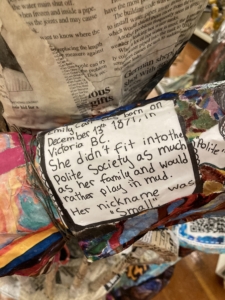 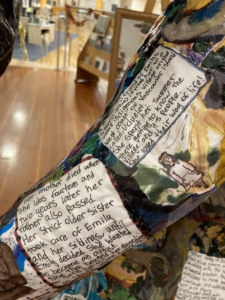 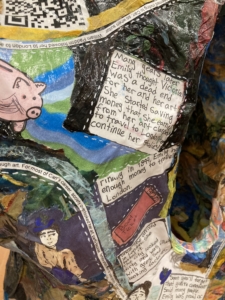 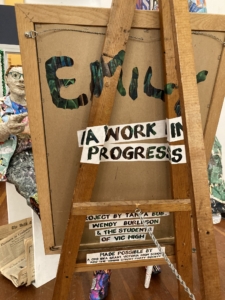 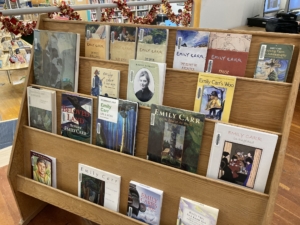