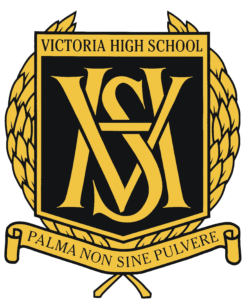 How does one child in a family of four end up as an Oak Bay High School grad when the rest were Vic High grads?

As the eldest child in the family I had happily followed my mother’s footsteps to Vic High, although I had been very disappointed in 1959 to leave Margaret Jenkins Elementary to go to Central Junior High when just about all my friends went to Oak Bay Junior.  We lived west of Richmond Road, the strictly enforced school catchment border.  Year two at Central we were given our little typewritten registration cards from the office to update any information.  Sure enough, written right beside our address of 1744 Gonzales was a note saying it was west of Richmond!  One block of Gonzales sent students to Central and then Vic High and the other two blocks sent them to Oak Bay.

I quickly got comfortable with Central and Vic High and never gave Oak Bay another thought until my brother Art Eby reached the end of grade six.  It was the year the Department of Education changed the school grade configuration and left all grade sevens in elementary school.  Margaret Jenkins Elementary didn’t have room so they sent all their grade seven students to Oak Bay Junior High, including those who should have gone on to Central and Vic High. Mother definitely wasn’t happy Art was going to Oak Bay!

At the end of Art’s grade seven year, the administration informed all those west of Richmond Road that they now had to go to Central Junior High for grade 8.  Of course the kids were settled in at Oak Bay and didn’t want to move. But Art was lucky.

His best friend was Raymond Peterson, whose father just happened to be Leslie Peterson, an MLA and the BC Minister of Education! I don’t know about the other students, and maybe some were happy to move to Central, but those two got to stay at Oak Bay.  That’s probably where Art got introduced to the power of politics.  Art remained at Oak Bay until graduation.

Our younger brother Ted, two years behind Art in school, wasn’t affected by this strange turn of events.  He headed to Central and Vic High as did our younger sister.

The rivalry between Oak Bay and Vic High was very intense, no more so than for those at Margaret Jenkins who were split between the two schools when they finsihed elementary school. I still have that ‘fighting feeling’ when a reminder of the rivalry shows up.  I wasn’t a jock and didn’t play any team sports except curling when I was at Vic High, but I did play in the band.  The Music Festival competitions were key and it was most important to be sure to do better than the Oak Bay band.   Now that I’m back connected to Vic High uploading obituaries to the Alumni website, even in death, hints of that rivalry show up in some of the stories.