You are here: Home1 / Stories2 / Vic High Astronomy Program Gets A Boost 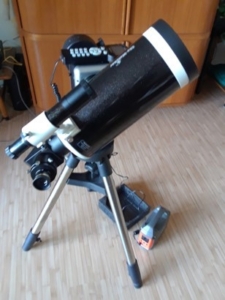 Sarah Atkinson, VHS 2005, speaks well of her time at Vic High. So her dad, Ken, thought it only fitting that he donate to the Vic High Astronomy program, a telescope he rarely uses.

Retired Vic High physics teacher, Clayton Uyeda, had made a presentation to the local chapter of the Royal Astronomical Society of Canada sharing news of the new Astronomy Viewing Deck/Outdoor Classroom taking shape at the school. His passion for the project stems from his love of astronomy, and his experiences putting the Astronomy program and course together. VHS 1955 grad and world-renowned particle physicist Stew Smith made an initial $13k donation to start the program. 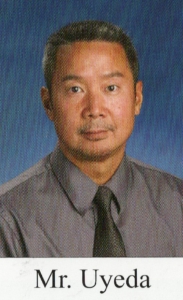 Vic High is so fortunate to benefit from Clayton’s dedication to seeing students expand their knowledge of astronomy. “Victoria has a unique concentration of astronomy experts,” says Clayton, “professional and amateur. The Plaskett telescope at the Dominion Astrophysical Observatory in Saanich was the second-largest telescope in the world when it was installed. Now we’re getting amazing images from space itself. The Hubble telescope was launched in 1990 and is still in orbit, and the Webb was launched in 2021.”

The James Webb Space Telescope is an infrared observatory orbiting the Sun about 1 million miles from Earth to find the first galaxies that formed in the early universe and to see stars forming planetary systems. It is an international collaboration between NASA, the European Space Agency, and the Canadian Space Agency.

Thanks, Clayton, for all you have done and continue to do to support Vic High, and thank you, Ken Atkinson, for this generous donation.

More news coming of another major telescope donation by a Vic High alumna.

And if you remember Sarah Atkinson, her dad tells us she completed her midwifery education at UBC in 2012 and has done several tours in Africa and one in Syria with MSF (Doctors Without Borders). She has completed a Masters degree in Public Health at the Royal Tropical Institute in Amsterdam, and now practices as a Registered Midwife in Victoria.