Update: Some mysteries solved!  Thanks to all who emailed with names and information

Maureen (Chan) Englishm VHS 1967: I’m in the photo with Mr. Lorimer. I was Mo Chan in those days. I had just won the female track aggregate trophy. Beside me was Dave Close. We were both in House 1. As you can see it was a cold and blustery day. Scroll down to the table where staff were compiling results. They were all bundled up too.

Ted Friend, VHS 1967: The male trophy winner in the Track picture with Mr. Lorimer is my best friend David Close.

Derek Reimer, VHS 1965: You asked for photo identification for the 1967 track meet photos. The officials desk seems to mostly teachers. Marg Seens is the woman in sunglasses. To her left is Tommy Mayne and at the extreme left of the photo is Don Smyth.  Derek Reimer, VHS 1965

Bill Chapman, VHS 1968: I don’t know who is in any of the pictures but I bet I know who the photographer was. It was Gordon Tilley who spent a lot of time in 1967 with the school’s Pentax SLR at VH sporting events, activities, and in the darkroom next to Mr.  St Clair’s classroom. Also I was proud to do the same in 1968 and learned a lot about photography from Mr. Sinclair, many thanks to him. It was great seeing my photos used in the Camosun.

It looks like a chilly day for a track meet! If you were at Vic High in 1967, maybe you remember the day? Or someone in these photos? We recognize Principal Duncan Lorimer, that’s certain. Who else can you name for us?  Email us. Choose General Inquiries or Communications from the drop-down menu. Thanks! 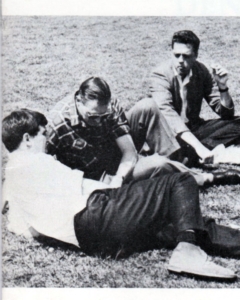 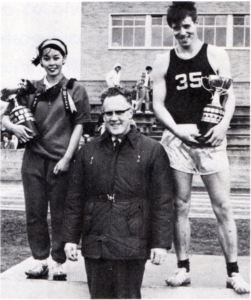 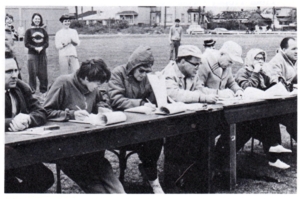 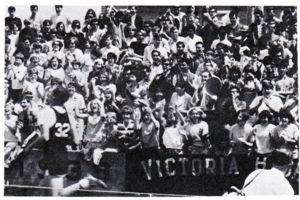 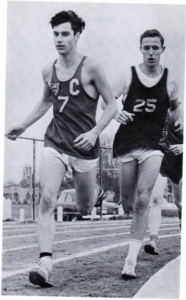 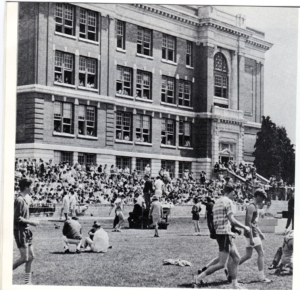