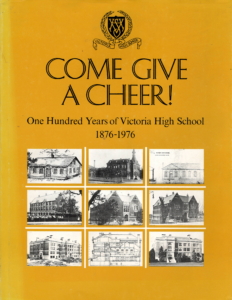 As Helen Edwards, VHS 1964, begins organizing and writing Vic High’s 150th anniversary book to be published in 2026, she faces a high bar set in Peter Smith’s “Come Give a Cheer, One Hundred Years of Victoria High School, 1876-1976.” She is up against a superb book by a 1949 Vic High grad whose father, Henry Lawson (Harry) Smith, is a legendary Vic High teacher (starting in 1914) and principal (1934 to 1955). Helen is 1st Vice-Chair of the Vic High Alumni board,  a well-known Victoria historian and  heritage advocate, and author of two books so far. (www.helenedwards.ca) 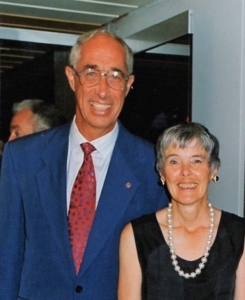 Peter Smith died on August 29, 2006, at the age of 73 but his widow, Mary Jean Smith, still remembers the pleasure with which her husband worked on the research and writing of Come Give A Cheer, the definitive history of Vic High’s first 100 years. He spent his nights and weekends poring through Vic High Archives collections and writing while doing his “day job” as a professor of classics at the University of Victoria. “It was definitely a labour of love,” Mary Jean said. “He wrote it with a lot of pleasure.”

She can’t recall how Peter became involved but suspects it was the supreme arm-twisting skills of Lawrie Wallace, who was a passionate Vic High supporter and a family friend. Peter, who became Dean of Fine Arts at UVic, dedicated Come Give a Cheer to Mary Jean, who said it was written to honour his father. “I do remember he was extremely happy writing that book,” she said, adding that Peter was very pleased with the results of his work.

Peter’s father Harry Smith was a dedicated and popular Vic High principal who knew the name of every single student at the school each year. Peter told Mary Jean that the only time he saw his father cry was in the spring of 1942, after the final morning assembly attended by the school’s Japanese students before they were taken to internment camps during the Second World War. The event was an emotional one for all Vic High students. Mystified by the federal government’s actions,  many of them in tears as their Japanese friends filed out of the assembly. The event is described on Page 103 of Come Give A Cheer. 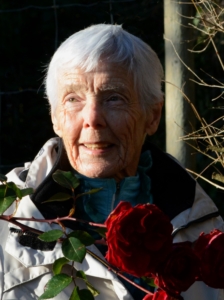 Mary Jean, who is 84,  remembers well the 1976 Vic High Centennial celebrations, particularly the elaborate show presented by Vic High students at the then-Memorial Arena. Peter, who loved to dance, got to do the Charleston on stage in his Yale University graduating robe.

While Come Give a Cheer concentrates slightly more on the structural history of Vic High, Helen is leaning more towards also highlighting the people at Vic High, particularly focusing attention on the years after 1976. She welcomes everyone’s memories, photos, artifacts and says stories of the 1976 Centennial are sure to figure prominently in the book.

Email  to share memories, or your willingness to be interviewed or share photos or memorabilia. Helen has assembled a team of volunteers to work on the book and welcomes anyone who would like to help. 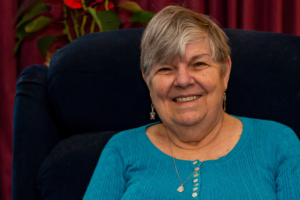 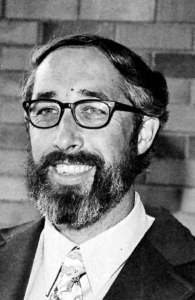 (from the dustcover of Come Give A Cheer, published in 1976 by the Victoria High School Centennial Celebrations Committee)

The author of Victoria High School’s centennial history is Dr. Peter Lawson Smith, who was born in Victoria’s Foul Bay district on March 31, 1933. His mother, the former Alice Corry, was a Vic High graduate who came back to teach at the school; his father, the late Henry Lawson (“Harry”) Smith, was on the VHS staff from 1914 – 1955, and was a popular principal for 21 years from 1934 – 1955.

A student at Vic High from 1945 – 1949, Peter Smith was the editor of the Camosun during his graduating year and was the leading student in British Columbia for 1949. After two years at Victoria College [forerunner to the University of Victoria], he completed a B.A. degree at UBC, and then went on to Yale for doctoral studies in classics. He taught at Yale and Carleton University in Ottawa, before responding to the Victorian’s innate homing instinct. He is now Dean of Fine Arts and Professor of Classics at the University of Victoria, an institution whose early history is interwoven with that of Victoria High School. 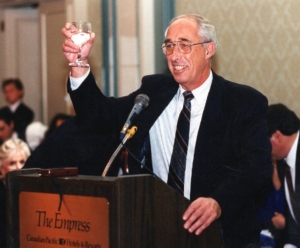