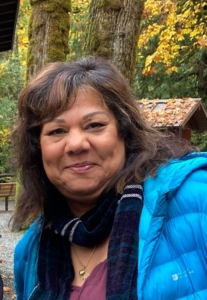 Dr. Maple Melder-Crozier, VHS 1976, identified so strongly as a Vic High grad that she even decorated her first apartment bedroom in black and gold. “I felt so loved and wanted at Vic High and had so much fun!  It provided me with a strong educational foundation that served me in my university years.  It encouraged me to value education so much that I have never left it!”

Maple was part of Vic High’s Centennial Year grad class and very active in the social side of Vic High. She was a part of Calamity Players, The ABC (Activities Booster Club), and the Modern Dance Club, which she was instrumental in starting.  She also served as a chair of the Graduation Committee and was part of the Centennial Show dance troupe. Maple choreographed the disco finale of the show and was the featured dancer in the number ‘That’s the Way I Like It.’   “Being part of the Centennial Grad Year, with all the hype and events, was a phenomenal experience, particularly the show at Memorial Arena.” 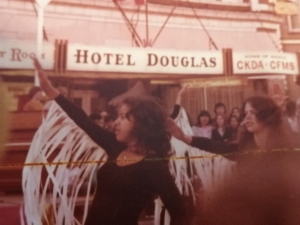 Following graduation, Maple married Mike Crozier (VHS ’74). They had met while Maple was at S.J. Willis, and she’d attended all his Vic High events with him. They moved to California a couple of years after getting married.  There she spent another 12 years in school, earning a Bachelors in Biological Sciences, a Masters in educational psychology and a Counselling License, and a Doctorate in Education.  She was given the opportunity to do research in Cloning, Gifted Education, and Math attainment in school children.  She worked in a Youth Recreation Centre as an administrator and counsellor with inner city kids.  Since moving back to Canada, Maple has been a professor at University of the Fraser Valley, from which she will retire this summer! Along the way there were 3 kids and now 4 grandkids ranging from 2 to 19.

When asked ‘what did you love about attending Vic High?’, Maple said she has lots of loves. 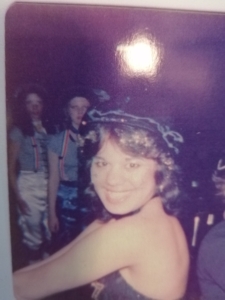 I loved the historic building.  I loved the lives and memories it represented.  I loved the admin and teachers, and made great, life-long friends.  I was given the chance to do unique courses like Architectural Drafting.  Where else can you write on the school walls (in the attic, of course)?  I wrote my name on the wall and even declared my love for Mike in paint there, whom I later married.” 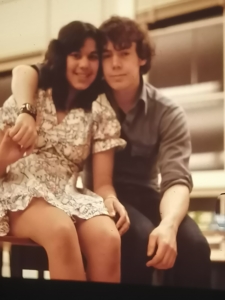 Maple has since replicated that ‘heart of love’ for Mike on the walls of their son’s shop, a lasting tribute to Mike who passed three years ago.

Maple also remembers standing up for students’ issues while at Vic High, and has continued in that work for justice by being a part of the BLM movement. Vic High remains firmly in Maple’s heart, and has influenced her life up to the present. She’s an active member of her Reunion group and will be contributing memories to the upcoming 150 Year Vic High Book. 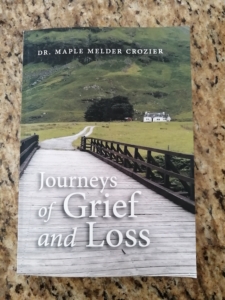