Howard Lim, Deep Thinker and Wise Beyond His Years

You are here: Home1 / Stories2 / Howard Lim, Deep Thinker and Wise Beyond His Years 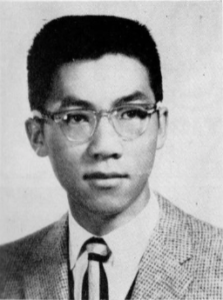 Howard Lim was born in November 1940. In 1952 at age 11, he worked as a page at the BC Legislature, the first Chinese-Canadian in this position.

At Victoria High School Howard was a friend of mine. In grade 12 Howard and a small group of similarly minded students would hang out together on weekends doing simple things and talking about big issues. Occasionally we would eat take-out Chinese food at his mother’s modest house.

In grade 12 during the session 1957-1958 Howard was the Victoria High School student council president and valedictorian. Here’s his year-end message in the 1958 Camosun yearbook:

Those of us graduating are soon to encounter the first great fork in the road of life and as we gaze back on our past school life we see many things. We can envisage the schools we attended, especially Victoria High for here we have spent our most happy and formative years. The long, storied history of Victoria High makes us proud to be graduating from this institution. Our teachers come to mind and in this moment of deep thought, we finally realize that all their actions were governed by one factor – the betterment of us, their students. We think of our friends and realize that friendship is one of the truly precious things in life, for their presence augments our happiness and eases our hardships. The happy moments of our school life we cherish forever and the sad ones we forget immediately.

In closing we offer thanks to all those who have assisted us this far – our parents, teachers, and friends. To Canada we say this: “Our minds and bodies are yours.”

It was during Howard’s tenure that the Vic High school sweater was chosen, namely, black with gold arm rings. Howard graduated in June 1958. Here’s what was written about him in the Camosun:

Howard, our bespectacled Students’ Council president, is the able leader of our school activities. Popular with all the students, he sets the styles for the boys. Honorary Prefect, Grad Dance, Future Teachers’ Club, French Club, Concert Troupe, Boys’ Quartet, and Honour Student. 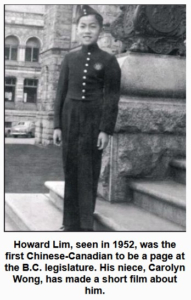 In September 1958 Howard entered his first year at Victoria College. In his second year there, he was so advanced in his studies and comprehension that the psychology faculty invited him to give formal lectures at the college.

In 1960 Howard and several of us Victoria College students worked during the summer as uniformed customs officers on the docks of the Inner Harbour, Victoria, BC. There we would inspect cars entering Canada by ferry boat from the United States and issue permits to Americans and Customs Declarations to Canadians.

After our third year (1960-1961) at Victoria College our ways diverged. Howard continued his studies in clinical psychology at Victoria College, and I went to the University of BC in Vancouver to study biomedical sciences and mathematics.

He worked in New York as a psychologist and had extensive business connections, some of which were management positions.

At age 54 he died tragically in Yonkers, New York. He was stabbed to death on April 12, 1995 by someone in his neigbourhood who had asked him for money.

In 2014, filmmaker Carolyn Wong presented her short film ‘Howard’ at Victoria’s Movie Mondays, a moving tribute to the uncle she never knew. Watch the video here.  Read about it here: https://www.timescolonist.com/entertainment/victoria-man-who-broke-barriers-gets-film-tribute-4606346

In 2008, McGill-Queen’s Press published the book, Lansdowne Era: Victoria College, 1946 – 1963, edited by Edward B. Harvey. Here’s the reference in it about Howard Lim.

Howard Lim entered Victoria College in 1958, and four years later he received an honours degree in psychology. He was an outstanding student with personal characteristics that matched his academic capabilities. His achievements were reflected in the numerous scholarships he received over his student career, the culmination of which was his being awarded a Woodrow Wilson Fellowship in 1962 to pursue graduate studies in psychology. Howard had an easy, engaging manner that belied his driven nature. He would frequently get up at 5:00 a.m. to study, not typical behaviour in college students! He enjoyed the friendship and admiration of his peers and was active in college life. Among other things, he served as president of the Psychology Club and brought great energy and innovation to that organization. Howard decided to pursue his advanced studies in psychology at Stanford University. I suppose we all expected him to enter university professorship; certainly, he had the requisite intellectual capabilities and communication skills. Instead, he took his expertise in psychology to the private sector, working with companies such as General Foods and JCPenney. Later in life, he increasingly devoted his energies to the study of Zen Confucianism and became involved in helping underprivileged people in Yonkers, New York, the area in which he lived. As Dr. Brian Little, a close friend of Howard’s and one of his Lansdowne-era student colleagues, comments in his contribution to this book, “Howard was a luminously bright and complex man…(He ) was a model of the kind of student Vic College could turn out in the early sixties, and to say it was world-rank would not be at all a stretch.” Tragically, Howard Lim died in 1995 at the hand of one of those people he was trying to help. He was fifty-five years of age. 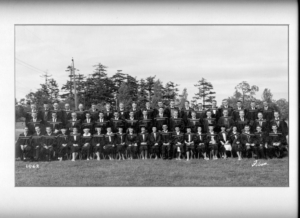 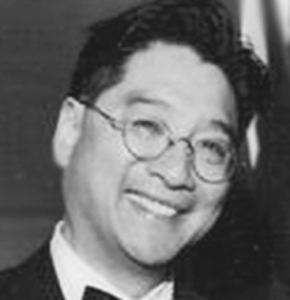 Howard’s mother was Alice Sho Ping Lim who died at the Aberdeen Hospital in Victoria on December 5, 2004 at age 101.  See her obituary here

Howard’s brother Sam was born July 1948 and died on Sunday, April 24, 2005. Sam was the husband of Debbie Gregg and the father of Carson and Jordan Lim. For Sam’s obituary, click here. See also here.