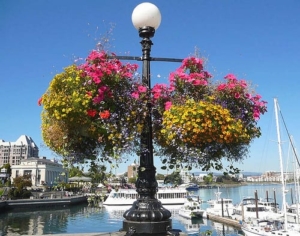 Reprinted with permission from A Fairfield History, by Ken Roueche, VHS 1963

W.H. (Herb) Warren was the Superintendent of Parks for the City [of Victoria] from 1930 to 1970. Born in Hamilton, Ontario in 1905, Herb attended Sir James Douglas School and then Vic High, where he got his first introduction to what would become his lifelong passion:  “In the 1920s there was a course in agriculture taught by H.E. Hallwright. He operated a Victoria High School garden about an acre in size on Stanley Avenue. This started me off on horticulture.” said Herb. He went on to attend the Agriculture College at Guelph, Ontario. Upon graduation in 1929 he immediately went to work for the City of Victoria Parks Department and the next year was appointed Superintendent. 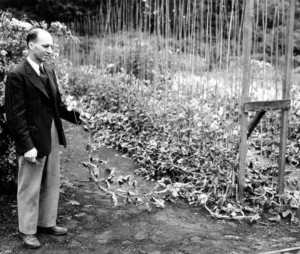 Sometime in the 1930s he first saw a collection of flowering cherry trees in Volunteer Park in Seattle. He immediately began to test and plant the trees in Victoria, keeping detailed records on the performance of each variety. His published research papers were the first studies of boulevard planting in North America. He was always looking for new ways to beautify the city. In 1937 he introduced the hanging flower baskets, developing a formulation that is still used to this day. 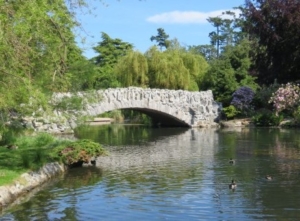 After his retirement he worked as a consultant for Butchart Gardens, published “Historic Trees of Victoria”, and continued as an active member of many horticultural clubs. In 1984, at age seventy-nine, Herb was on a small commuter plane that crashed on Saturna Island. He quickly assisted with the evacuation of passengers before the plane blew up and then guided everyone to safety with the aid of his pocket compass. Herb is remembered for beautiful gardens and trees and Warren Island in the centre of Goodacre Lake in Beacon Hill Park. 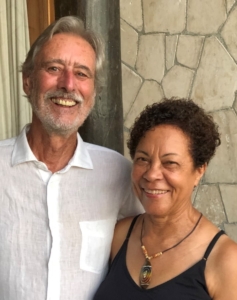 Ken worked as an economist in the private and public sectors. And despite being a self-proclaimed ‘horrible English student’ at Vic High, his 25 years preparing briefing notes persuaded him he could write snapshot histories of people and places in Fairfield. These he eventually gathered into ‘A History of Fairfield’,  which he published in 2005 and which I highly recommend. Having grown up in Fairfield, as many Vic High students did, I thoroughly enjoyed reading about people and places I recognized and I learned a lot. I even found out who built the house I grew up in at Linden and Faithful!  Linda Baker, VHS 1969