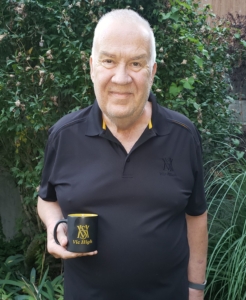 Glenn Parfitt followed in the footsteps of his father, Norman, and older brothers, Dewayne and Daryl, coming to Victoria High School for Grades 11 and 12. But he had come from a bit of a ‘dark place’.

If the Parfitt name has a ring of familiarity to it, it was Grandfather Albert, with his siblings, who started Parfitt Brothers Construction in 1908. As a matter of fact, the Cornerstone building at the southeast corner of Fernwood and Gladstone across from Vic High was constructed by the Parfitt firm and originally named the Parfitt building.

Glenn, who turned 68 in September, was born in Victoria and attended Oaklands school (which his family built, although he didn’t find that out until later) from kindergarten to Grade 7 and then went to that ‘dark place’, Oak Bay Junior High, for grades 8 to 10. He finally saw the light and attended Vic High for his final two years from 1970 to 1972. It was within walking distance from the family home in the Denman Street/Richmond Road area.

“I loved the cafeteria,” Glenn laughed, particularly the foot-long hot dogs. He also fondly remembers teachers Tommy Mayne (who he loved) and Terry Tobacco, (PE), a track star from Cumberland who was on the Canadian Olympic teams in 1956 (Melbourne, Australia) and 1960 (Rome, Italy). Terry also won bronze in the 440-yard event in the then-called British Empire and Commonwealth Games in 1958 in Cardiff, Wales, and was inducted into the Greater Victoria Sports Hall of Fame in 2007. Glenn also remembers Principal Duncan Lorimer, who was dubbed “Unky Dunky” after volunteering to be a target in the dunk tank of a school fundraiser. Another fond memory was a lunchtime concert on the Vic High grass by the band Sugar Cane. As a youth, Glenn recalled his involvement with his church youth group and delivering youth sermons, cruising for girls on Douglas Street in his Vic High days, watching a young but eventual world-champion pool shark Cliff Thorburn at a local pool hall, and leaving Vic High to work at the White Spot restaurant at Douglas and Caledonia. But music and marketing had become his passions after his experience during Grade 8 when he stood in the front row of an audience staring at the guitarist of the local band Blues Union.

After working at the White Spot, Goodwill Bottling in James Bay, and in construction as a bricklayer’s helper, Glenn’s career in the music business began in 1977 with a phone call from another Vic High alumnus, Ken Sherwood. Ken asked him to manage a local band called Telstarr, and Glenn started booking dances. “People started hiring me to produce shows,” Glenn said. He vividly remembers one Victoria Firebird Club show at the Quadra Recreation Centre when a riot broke out and spilled outside. Glenn also recalls taking large-denomination bills from the bartenders on an hourly basis during dances, putting them in a paper bag, and handing them through the car window to his parents, who did a drive-by-scooping every hour to pick up the money.

In 1979, Glenn formed a partnership with Ron Wright, Vancouver Island Promotions, and moved to their office in Calgary while Ron took care of things in Victoria. Glenn moved back to Victoria the following year and one of the bands they were booking, Uncle Wiggly’s Hot Shoes Blues Band, eventually recorded a vinyl album (back in the day, before tapes, CDs and memory sticks) on the RCA label. In the ‘80s, Glenn split with Ron and formed Sounds Good Entertainment.

Glenn’s father died in 1990 and having built up a load of business connections by that time, he began a successful career as an ad salesman, starting at the “Q” radio station. When the internet exploded onto the scene and became a powerful business tool, Glenn became vice-president of VicNet. He also worked at Paradon Computers as a re-seller of Shaw Hi-Speed Internet, at radio station CJVI, and was involved in the launch of Hot 103 (now JACK FM).

In 2002, Glenn thought to himself, “I’ve got to leave a legacy,” and launched a website the following year outlining the history of Victoria music from the 1950s to 1980. 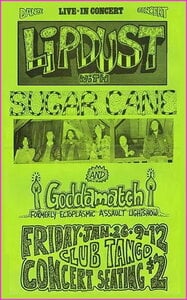 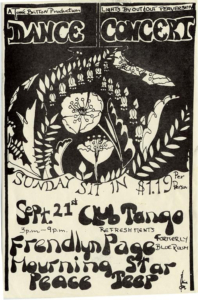 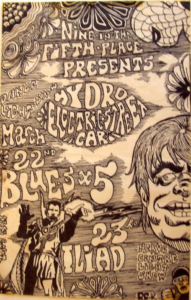 Glenn suffered major health issues starting in 2018, when he had a stroke and lost his sight in one eye. The following year, he had triple bypass surgery and in 2020, he received his third pacemaker. His health improved and he expanded the website to include popular music from the entire B.C. west coast, from the 1800s up to 1999. “That’s what helped bring me back my health,” said Glenn.

The original name for the website was Purple City Music Project but he eventually changed it to Royal City Music Project. (No, the RCMP did not come with guns drawn). It now contains approximately 85,000 images, audio, and video files, and draws tens of thousands of visitors daily.  A memorable walk down memory lane, his website is availably anytime at www.rcmusicproject.com or www.rcmusicproject.ca.

Glenn and Barbara were married in 1988, and he has two daughters and a son.

All images courtesy of Glenn Parfitt and the Royal City Music Project website.

Vic High Astronomy Program Gets A Boost
Scroll to top