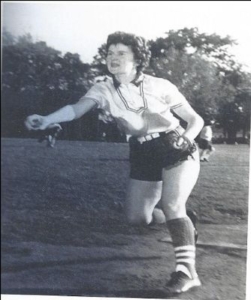 When Gail Archibald was attending Vic High between 1957 and 1959, she probably could have thrown a softball – underhanded – from her Denman Street home to the school. At Vic High, she participated in track (the 220 was her specialty), basketball and grass (now field) hockey. Of course, sports-minded Gail’s favourite subject was P.E. But the eventual B.C. (2019) and Greater Victoria (2011) Sports Hall of Fame inductee decided softball was her sport, thanks to one of her regular Saturday morning visits to the YMCA, then located on the east side of Blanshard Street between Yates and View streets. The activity was softball and, as she wrote in Pat Harrison’s book, “North American Girls of Summer,” she was “hooked.”

Born Dec. 5, 1941, in Craik, Saskatchewan, the family moved to Victoria when Gail was four or five. Her father, George William “Billy” Archibald worked at Sooke Forest Products and Manning Timber Products and they had homes in Langford and James Bay. Gail’s introduction to a softball came when she found one and began throwing it around the woodshed at their Young Street house near Beacon Hill Park. She joined her first softball team, the Polyettes, when she was in her mid-teens. Gail was a power hitter and speedy centrefielder.

In 1960, manager Walter “Wally” Yeamans recruited Gail to play for the Senior A women’s Victoria Vikettes. “My overhand throw wasn’t much, so I started throwing the ball into the infield using a windmill (underhanded) motion,” she wrote in Harrison’s book. “It was fast and right on target.” She added, “I couldn’t throw overhand worth a damn.” Wally noticed this and enlisted the help of Senior A ballplayer Terry Moody, who died earlier this year, to convert Gail into a hall-of-fame pitcher.

“Walter Yeamans was the big key for me,” Gail said. She said Wally was encouraging and paid for most of the expenses of travelling to tournaments and championships. She also remembered Wally’s wife, Charlotte, was always at the ballpark cheering the team on.

In 1966, Gail decided that there wasn’t enough tough competition on Vancouver Island and moved to the Lower Mainland to play in the senior women’s league at South Hill Memorial Park. Gail’s last two teams were the Vancouver Texaco and Eldorado. She returned to Victoria to mentor young pitchers and work on her golf game. 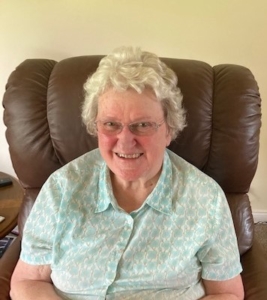 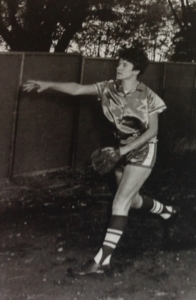 But her career highlights include playing in Canadian and provincial championships, pitching three complete games in one day (more than once), striking out 17 batters in a seven-inning game, pitching for a B.C. all-star team against world-champion Raybestos Brakettes in 1964 and being picked up by a Port Angeles team to play in a tournament in Portland.