From Art Lover to Art Expert

You are here: Home1 / Stories2 / From Art Lover to Art Expert 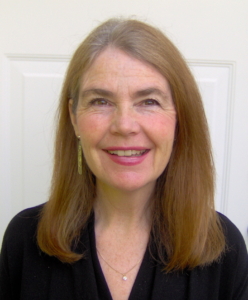 Art lovers of every generation eventually become enamoured with Emily Carr’s art. “Every generation discovers her anew,” says Kerry Mason, who has studied and taught others about Emily Carr and her art for 45 years.

Kerry Mason, a 1967 Vic High grad, has been a professor of art history at the University of Victoria since 2001, and at the University of Colorado. In addition to numerous courses relating to Carr, Mason also teaches about the work of artists like Georgia O’Keefe and Frida Kahlo and lectures at the Victoria College of Art and the Vancouver Island School of Art. A respected art historian, author, curator and art consultant, she taught the first course on Emily Carr ever offered by UVic.

Mason is regarded as a Northwest Coast and Emily Carr expert, and ranks Carr amongst top Canadian artists along with the famed Group of Seven.

With both parents sharing an interest in the arts, Mason says her interest in art began at an early age and admits she had a very privileged and charmed childhood.

Born in Edmonton, the family moved to Calgary when she was six months old. 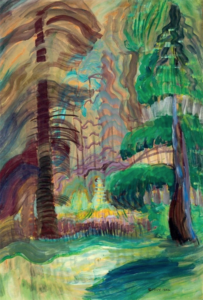 Music In the Trees, by Emily Carr

In March of 1964, her father attended a medical conference in Victoria and spent several days golfing. When he got home, he announced they were moving to Victoria and in the fall of 1965, they settled into a house on Rockland Avenue at St. Charles Street.

Ms. Mason, who had attended private schools in Calgary, enrolled at Vic High. 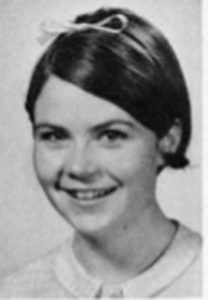 “I had a happy time at Vic High,” said Ms. Mason, who attended Grades 11 and 12 at Vic High before earning a UVic scholarship in history and literature. She had skipped Grade 6 and so entered university at the age of 16.

Her history teacher at Vic High, Tommy Mayne, became a lifelong mentor and friend and even honorary grandfather to her and husband Jamie Morton’s two daughters and son.

In April 1977, Ms. Mason received a phone call from then Deputy Premier and Provincial Secretary Grace McCarthy asking her to run the Emily Carr Gallery.

Ms. Mason didn’t know how Ms. McCarthy knew about her love of Emily Carr art or how Ms. McCarthy obtained her number, but she was not about to ask. However, she did ask where the Emily Carr Gallery was and was told it did not exist yet, but was to open July 7. 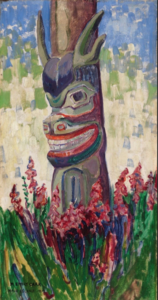 Kerry curated the exhibition which was set up in the Rithet Building on Wharf Street. Originally owned by Carr’s father as a warehouse, its name was changed when Richard Carr sold it to Charles Rithet just months before Carr’s death in 1888. The Emily Carr Gallery was free to the public, and Mason was its curator for the first 11 years.

Mason also became the curator of UVic’s Maltwood Gallery and was responsible for more than 50 exhibitions there.

“The variety, originality and clarity of Carr’s work offered a wonderful window into First Nations culture,” says Mason. It drew praise from one of the original members of the Group of Seven, Lawren Harris. “She’s one of us,” Harris reportedly said of Carr.

Ms. Mason said 1927 was a turning point in Carr’s career as an artist, when her work was displayed at a National Gallery of Canada exhibition in Ottawa, alongside works by the Group of Seven.

Franklin Carmichael, Lawren Harris, A.Y. Jackson, Frank Johnston, Arthur Lismer, J.E.H. MacDonald and Frederick Varley formed the original Group of Seven. When it decided to expand in 1932, Emily Carr was the first to receive an invitation to join.

But it was earlier,  when Carr returned from France in 1912, that she started painting and sketching native art.

Ms. Mason said that was when Carr’s attention turned to First Nations culture, and from unemotional, traditional and academic paint-what-you-see art to painting from her heart and soul, documenting the First Nations people of whom she was growing fond. 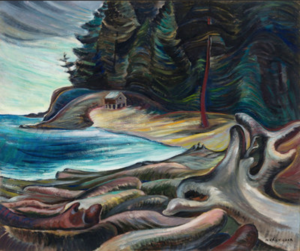 In 1913 Carr returned to Victoria from Vancouver, where she had lived for six years and taught art, and became involved in pottery and rug-making as well as political cartooning. Her cartoons were featured mostly in a Vancouver publication, Western Women’s Weekly.

Two years earlier, her paintings had been selected to be included in an exclusive Paris art exhibit which included works by Paul Cezanne, Paul Gauguin, Henri Emile Benoit Matisse and Vincent Van Gogh.

A testament to Mason’s observation and to Carr’s appeal, three paintings by Carr, who attended Vic High in 1888, were sold at a recent Heffel Fine Art Auction House digital sale for more than $4.5 million.  (See additional info below.) 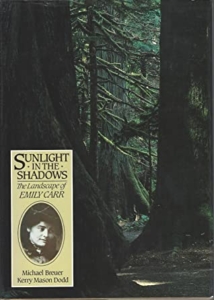 A published author, Mason also edited Sunlight in the Shadows, The Landscape of Emily Carr, providing writings and a 5-page biographical sketch of Carr for this photobook of places Carr had painted. Her 2017 book, The Life and Art of Arthur Pitts, a British painter whose work focussed on the Indigenous people of the Northwest, also received favourable reviews.

Mason is an extraordinary source of knowledge about Emily Carr, and about other painters about whom she lectures as well. She is also very well-known for leading travel tours to West Coast locations where Carr painted, and to locations in New Mexico where Georgia O’Keefe painted.

When Vic High reopens in 2023, a new seat plaque will be installed in the Auditorium commemorating Emily Carr and the Vic High alumna who has become a leading expert on Carr’s life and work.

The highest bidder for Carr’s paintings at the recent digital Heffel auction, held jointly from Vancouver, Toronto and Montreal, paid $3,361,250 for Carr’s seaside forest scene Cordova Drift. The pre-sale buzz was that it might fetch between $2 million and $3 million.

Three other Carr works were sold at the auction and one was not.

‘CHEK Around’ Personality Was A Vic High Grad
Scroll to top