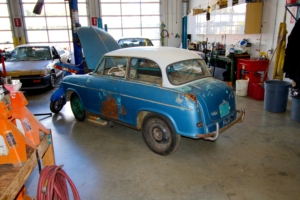 Victoria High School’s automotive teacher says the trend toward electric engines is not affecting the program in any major way. While Stew Wheeler admits the systems are a lot more elaborate, he says the course teaches the basics, including engines, steering, brakes and tires. “We teach them to work with their heads and their hands,” he said.

The courses teach inspection, maintenance, diagnosis, repairs of various systems such as engines, braking, steering, cooling and electrical. “You’re more than just a mechanic,” said Stew. He estimates that about 10 per cent of automotive students are female. “That [boys-only] stereotype is gone. It’s society that’s changing that thought.” The 20 or 21 students who take the course at Fairey Tech, which is still operating full-time at Vic High’s Fernwood Campus, learn the theory of the vehicle’s power system, which continues to evolve. 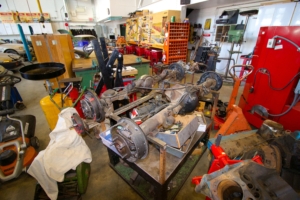 Stu also uses the internet to learn about the developments in recent technology, such as electric motors: “I’m always looking for what’s new out there.” He said the Greater Victoria School District is continuing to invest in diagnostic and other equipment to help automotive programs at Vic High, as well as at Oak Bay, Mt. Douglas and Esquimalt. 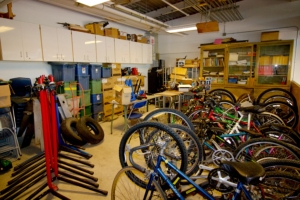 The automotive program has existed at Vic High since 1946, when the school district decided on new industrial arts facilities at the school. Plans were developed for a two-storey building across the athletic field from the Grant Street building at a cost of $270,000. In 1949, the new building was officially opened and named after Frances (Frank) Thrower Fairey, a long-time teacher, B.C.’s Director of Technical Education, Regional Director of the Canadian Vocational Training Program and eventually the province’s Deputy Minister of Education. Fairey Tech housed the electrical, automotive, sheet metal, welding and two woodworking shops as well as three classrooms on the upper floor. A larger automotive workshop was added in the mid-1950s. 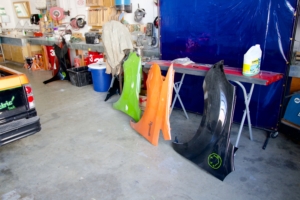 In 2010, a new Fairey Tech facility was attached to the north side of the main Vic High building and the iconic “rabbit hutch” across the track and field was demolished. Stew said he had input into the layout and access of the new facility, the opening of which was delayed from September to mid-October of 2010. Hoists, tools and mobile equipment were dismantled where necessary and moved across the field in 16 shipping containers. Although the hoists were relatively new at the time of the move, they were eventually replaced. 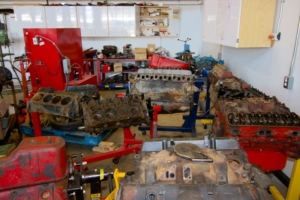 Four Vic High students have been chosen to take the Level 1 automotive course at Esquimalt which leads to Camosun College. That course was originally at Fairey Tech but was moved when the Vic High teacher left to go to another school. Through his connections, Stew was also able to send students for work experience at four Victoria businesses; BMW, Simoes Auto, Napa AutoPro and Galaxy Motors. He said students who miss a class can catch up on “Google Classroom.” 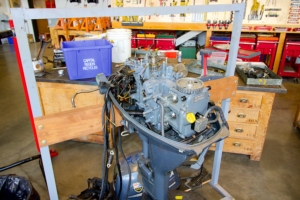 Gus McTavish, who took apprenticeship night school courses, taught at Fairey Tech in the mid-to-late 1950s and became a Vic High Vice-Principal, said Fairey Tech was considered state-of-the-art for “a long time.” But in the 1970s, Gus said Vic High was in a declining mode and the Fairey Tech staff, which reached a high of 13 teachers, dwindled down to one in each discipline except for automotive, which had two.
Overall, Gus, who also volunteers with the Vic High Alumni, feels Fairey Tech has served Vic High and the community extremely well. 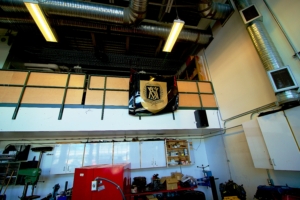