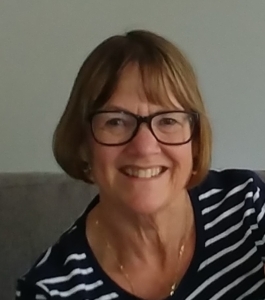 My reflections of Vic High are ones of pure joy at the wonderful building (which I didn’t appreciate at the time), the massive size of our grad class of 1965 (500+ which gave us a large community of people with many differences of character, background and interests), the many extracurricular opportunities that were there for us to participate in  (and now I wish I had chosen differently), and then there was typing.  The most important skill acquired during my three years there and still used daily. Who knew how important the old general program secretarial, “stay away from that because you’re going to university”, skill would be with the advent of computers!

After graduation I attended UVic for 5 years, acquiring a B. Ed. (Elementary), part of the first cohort of students on the five year program. My first teaching position was grade 7 and intermediate music in New Westminster.  I never took music in university but my years of band at Central and Vic High gave me the courage to believe I could teach elementary classroom music, and I did successfully for 10 years, before moving into French, Art Ed, gifted and administration.  I did M. Ed at UBC part time,  which for women was basically essential back then as administration was a man’s game. I demonstrated leadership as president of the Teachers’ Association  both before and after I became a Vice-principal.  After 19 years in New Westminster I took a principalship in Prince Rupert and I’ve been here ever since, retiring in 2003.  I must confess, in Gr. 10 I had Mrs. Itveldt for French, a subject I did very poorly in. At the end of the year if I promised to never take French again, she would pass me!  It was truly ironic when I was basically forced to take up the teaching of French!

My nearly twenty years of retirement have been ones of volunteering and travel.  COVID has moved the volunteering mostly to sitting at my computer – Prince Rupert Community Arts Council and Zone 10 55+ BC Games are the current ones,. But over the years there were Girl Guides, Cemetery Advisory, and the Seniors Centre.  I joined the Community Band when it was resurrected in 1999 and worked tirelessly to raise $300,000 towards our new Music Studio which is shared with the School District’s High School.  I even got to play in a high school musical for the first time when I was 68.

I have always reflected fondly on my time at Vic High and have enjoyed our Class reunions for 25, 40 and 50 years.  I sure hope we get to have the one for the 60th. I look forward to the Alumni newsletters and when the opportunity came up to volunteer adding obituaries to the Alumni website, it was right up my alley and something I can do from home.  I’m appreciating reading about all the amazing people who are alumni of Vic High, and connecting and reconnecting with people who are also part of the Alumni group.