‘CHEK Around’ Personality Was A Vic High Grad

You are here: Home1 / Stories2 / ‘CHEK Around’ Personality Was A Vic High Grad

‘CHEK Around’ Personality Was A Vic High Grad 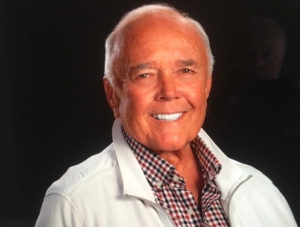 Gordie Tupper remembers his Vic High days this way: The higher his level of education, the longer the physical journey.  The Vic High 1966 grad attended elementary school at Sir James Douglas on Fairfield Road, travelling from his family’s Wellington Avenue home in the Fairfield area.

His junior high school days were spent at Central on Yates Street. Then it was on to Vic High on Grant Street, he fondly recalled.

“It was all like a big clubhouse to me,” said the 73-year-old Central Saanich resident who retired from Victoria’s CHEK television about two years ago.

He laughed when he talked about his Grade 12 class photo session. Tupper was not the shortest person in his class and had never been selected to hold the chalkboard for class photos. He asked the photographer if he could do that and was handed the board and front-and-centre seat. 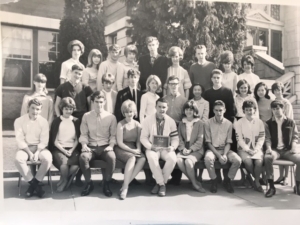 Tupper took a Grade 12 Business Machines course, mainly because it was overwhelmingly girls and went through the course without really learning how to operate any business machines or type.

English 91 was also memorable for an incident in which the teacher, who had built a photographic dark room at the front of the classroom, was locked inside it by one of the students.

As a teenager, Tupper had an interest in broadcasting at a young age, building a small radio station in the family basement, complete with turntables. He began as an “operator” at CFMS, Victoria’s first FM radio station in the basement of the Douglas Hotel (now the Hotel Rialto) on the southwest corner of Pandora Avenue and Douglas Street.

An operator was a person who ran the music tape machines and, when required, turned on the announcer’s microphone. CFMS was a radio station that mainly used huge rolls of audio tapes to deliver “elevator,” semi-classical and classical music. Somehow, Tupper convinced CFMS manager Rudy Hartman, to let him and Gil Harris (who later became popular “rock jock” Doc Holliday and Doc Harris in Ontario and Vancouver) do a “live” morning show. 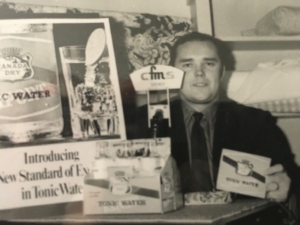 Tupper eventually moved over to CFMS’s AM sister-station, CKDA, and became its morning personality. His radio career included one-year stints with C-FAX and (now defunct) CJVI.

Also in his resume is a 10-year career working at Pacific Waterbeds stores in Victoria and on the B.C. Lower Mainland. It was at a Vancouver waterbed store that a customer walked in, noticed Tupper’s
“radio voice” and said CHEK-TV in Victoria was looking for a “voice-over” person. Tupper got the job and eventually moved into to the station’s promotion department.

In a Times Colonist interview, he told reporter Katie DeRosa that the station manager, Jim Nicholl, floated the idea of CHEK Around, a program in which the personality would run around digging up fun, unusual stories and interviews. “I got CHEK Around because no one else wanted to do it,” he told DeRosa.

Tupper recalls interviews with rocker Randy Bachman (Guess Who, BachmanTurner Overdrive) during which they belted out the opening line of Taking Care of Business, Canadian actor Leslie Nielsen, who noticed Tupper was doing an interview and decided to barge in, and Canadian literary giant Pierre Burton, who talked about bow ties. However, he admitted, “I got more fun out of ordinary people.” 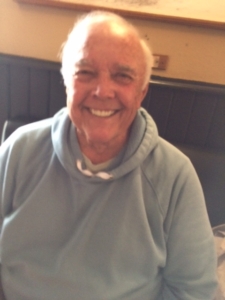 One that came to mind quickly was the CHEK Around segment on the theme of tattoos. Tupper and his roving mike went downtown to ask passersby to “show me your tattoos.” He said one guy and a couple of women started stripping down to their underwear to show their “tats.” “Great fun,” said Tupper.

Howard Lim, Deep Thinker and Wise Beyond His Years
Scroll to top