Brian Dance, VHS 1966, The Totem Who Covered the Sports World

You are here: Home1 / Stories2 / Brian Dance, VHS 1966, The Totem Who Covered the Sports World

Brian Dance, VHS 1966, The Totem Who Covered the Sports World 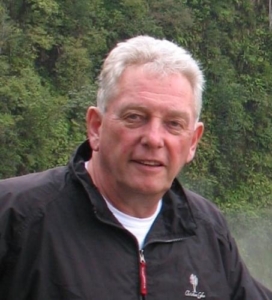 Brian Dance’s fondest memory, even after more than a half-century in broadcasting, is of a basketball game between Victoria High and Oak Bay. 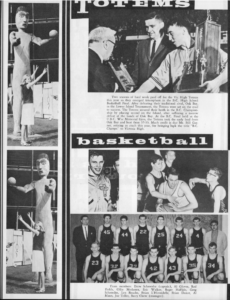 “My sports highlight at Vic High came in 1966 when, as a member of the Totems, we beat arch-rival Oak Bay to win the BC provincial high school championship,” Brian said. “The game was played before a packed [UBC] gymnasium and watched by thousands on [CBC] television around BC.” The 1966 Vic High grad still recalls the details surrounding the all-Island final: the Bays had beaten the Totems in the Island final [the Totems beat them in the Lower Island title game], and had a powerhouse team led by Bob Burrows and Brian MacKenzie (now a BC Supreme Court judge). Brian said that Vic High realized it couldn’t match the offence and had to rely on a stifling defence which resulted in a 37-33 championship game.

Brian eventually got into radio and television and, after 51 years, retired last year from CBC Radio in Vancouver.

He was born at St. Joseph’s Hospital (now Victoria General), where his mother was a nurse, close to the Wellington Avenue family home in Fairfield. As a child, Brian attended Sir James Douglas Elementary and Central Junior High before enrolling at Vic High in 1964. The family eventually moved to Oak Bay But he was allowed to go to Vic High because, in those days, open school boundaries gave students the choice. “I’d rather be with my friends,” he explained.

Brian had taken up the trombone at Central and joined (and eventually became the student president of) the Vic High Concert Band, which was led by Rod Sample, father of renowned Victoria jazz musician, Bill Sample. Brian also belonged to the Timers and Scorers Club, although was definitely on the court, not beside it, at Totems’ games.

When Brian went to the University of Victoria, he studied biology and geography, still with no idea as to a career. Around 1969, he decided he wanted to be a sports broadcaster, left UVic and enrolled in six-month broadcasting course in Toronto. 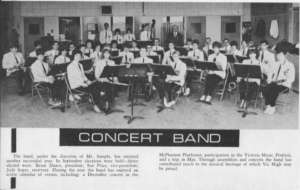 His first radio job was all-night disc jockey at CHUB in Nanaimo. He really caught a break when Calgary TV personality Ed Whalen (of Stampede Wrestling fame) was on vacation on the Gulf Islands and heard Brian on air. Mr. Whalen offered a job in the CFAC radio newsroom in Calgary with a promise to mentor him in radio and television.

At the time, Brian was entertaining an offer from a Quesnel radio station which included hosting the morning show as well as play-by-play work, all for the princely sum of $400 a month. After some negotiations, Mr. Whalen doubled the Quesnel offer to seal the deal and Brian was off to Calgary. It was all meant to be, because that’s where Brian met his wife, Marilyn, who worked in the CFAC accounts office where he picked up his paychecks. They have two sons, Ryan and Michael, and five grandchildren.

True to his word, Mr. Whalen taught Brian about television and when Mr. Whalen had a falling out with Stampede Wrestling producer Stu Hart (father of iconic wrestler Bret Hart) and quit, Brian took over as television host for a year and a half.

After six years, Brian joined CBC Radio in Calgary as a sports reporter and went to the corporation’s Toronto station as a national radio sports reporter. In 1989, he returned to B.C. to be closer to his aging parents and worked his final 21 years in sports and news at CBC Vancouver.

That’s where Brian became a listener favourite, when North by Northwest radio host Sheryl MacKay began on-air conversations with him around his newscasts. Their friendly banter engaged listeners and propelled that show to the top of the ratings.

In 2015 he shared his compelling personal experiences of being in the direct path of wildfires in BC. B.C. fires: CBC journalist faced evacuation, destruction of his own cabin | CBC News

Along the way, Brian covered nine Olympic Games, five Commonwealth Games (including 1994 in Victoria), the Stanley Cup (including the 1994 Stanley Cup final against the New York Rangers which resulted in the Vancouver riot) and the Canadian alpine ski team at a time when they were known as the “Crazy Canucks.”

In 1987, he was named the Canadian Sportscaster of the Year and presented with the Doug Gilbert Award.

And more than a coincidence, they both lived on Wellington Avenue in Fairfield at a young age.