When Victoria High School classes brag during reunions about who became the shining stars of their graduation year, 1955 grads can muscle into the conversation with ease and pride. No less than four grads, Jim Taylor, Dr. Stew Smith, David Anderson and Fenwick Lansdowne, achieved national recognition in their fields of endeavour, two of them internationally.

Jim, who died in 2019, became a full-time sportswriter while in Grade 12 at Vic High. After learning his craft and honing his skills at writing with humour, Jim became a sports columnist at the Vancouver Sun staying for 13 years, and at the Vancouver Province for 17 years. His widely-read columns were eventually syndicated and he was inducted into the Canadian, British Columbia and Greater Victoria sports halls of fame as well as receiving two lifetime achievement awards. 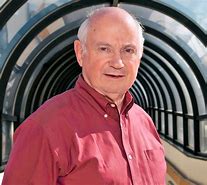 Stew, who won the Governor-General’s award for top Grade 12 student in B.C., became a noted particle physicist and spent five decades on the Princeton physics faculty in New Jersey. He later became chair of the physics department and Dean of Research. Not only that, he was a member of the Mann Cup-winning Vancouver Carlings senior lacrosse team in 1961 and eventually became known as an accomplished gardener. 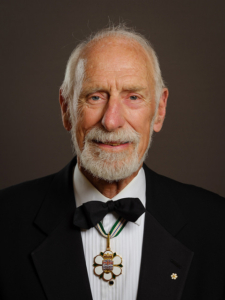 David was also a multi-faceted achiever, winning silver on the Canadian Olympic rowing team and a federal cabinet minister in four ministries. An early environmentalist, David was a Member of Parliament for Esquimalt-Saanich before becoming Leader of the B.C. Liberal Party. He returned to federal politics and was appointed to four portfolios, National Revenue, Transport, Fisheries and Oceans and Environment. He was also the President of the World Fisheries organization.

Fenwick (known as Fen by his classmates) contracted polio before his first birthday and, despite only being able to paint with his left hand, became an internationally-recognized water colour artist specializing in birds. His paintings were compared with those of James Audubon. Fenwick died in 2008.

HOW DOES YOUR YEAR STACK LUP?

Reading the story about the Class of ’55, how does your grad year stack up?

Tell us the story about your grad year and who became the accomplished stars!