Three dozen members of the Class of 1956 gathered for a 60th reunion lunch at the UVic University Club on 2 June 1916. Although most came from Victoria or the Lower Mainland, some arrived from as far away as Phoenix, AZ, Toronto, ON and Edmonton, AB. The occasion sprang from a class member wondering aloud three months previously, ‘Is our class getting together this year? We had such successful 40th and 50th reunions!’ Emails began flying between five classmates. Our Alumni President (and fellow classmate), Barry Gough provided an emailing list and the occasion took on a life of its own without the challenge of arranging and or attending meetings.

Many attendees had been to previous reunions, although one was a first-timer. All were complimented by the remark of our University Club waitress who found it hard to believe that such an active and animated group were actually celebrating the 60th anniversary of their high school graduation! After lunch Michiel Horn amused the assembly with a ‘The Way It Was Then’ presentation. As the group broke up, some continued socializing, others went to tour the school and visit the Alumni Center.

With its modest registration fee of $50, the Class of ’56 was still able to send a cheque for $388, what remained in its treasury, to the Alumni Association in support of the Stadium Revitalization Project. The class is actively anticipating its 65th in 2021! 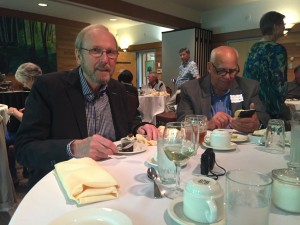 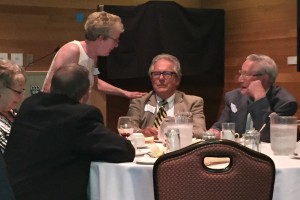